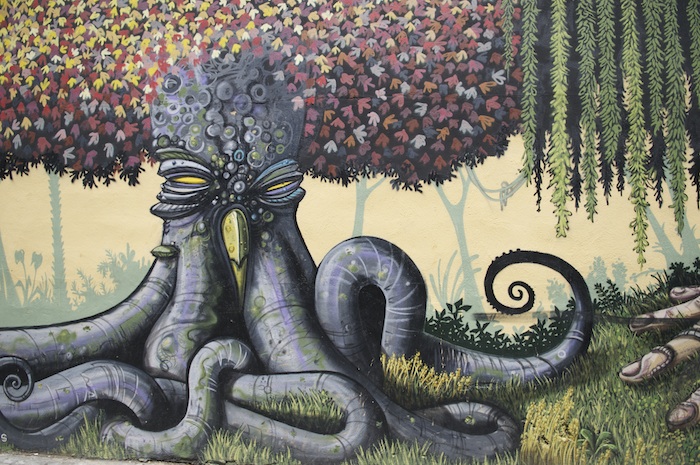 Today it’s time for our second Street Art Tuesday. Every week we will take you to a different location around the world to have a closer look at its street art and the stories and/or street artists behind them. This week we bring you to Valencia, Spain’s third largest city and the home town of some great street artists. 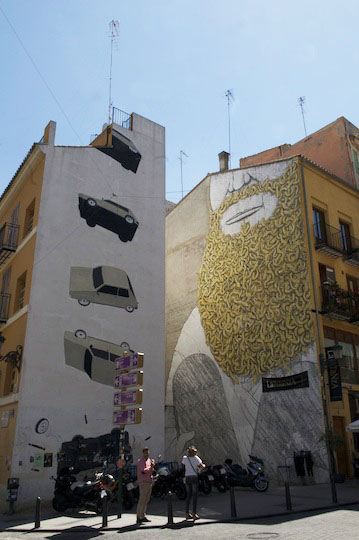 Until recently the Spanish city of Valencia was mostly known for Las Fallas, its biggest  festival of the year, the City of Arts and Sciences designed by Santiago Calatrava and Felix Candela and the Ciutat Vella (the old city), where you’ll find the most important historical sites and museums in town.

Since a number of years El Carmen, part of the old city, becomes more and more known for its excellent street art, a development that seems to go hand in hand with the growing appreciation for street art worldwide. Here you can easily wander around discovering new masterpieces over and over again. If you’re lucky, you might even see a street artist at work, as the police generally lets them express themselves on the walls in this area.

Besides international renown street artists like Blu – whom we have seen before in Berlin – decorating Valencia’s walls with their art, there are a number of excellent Valencia-based street artists around. Works we encountered most often while wandering the streets of the old town were those of the street artists Escif, part of the street artists crew XLF, and the Argentinian born Hyuro. Both have a recognizable, individual style often with a deeper meaning to their works. 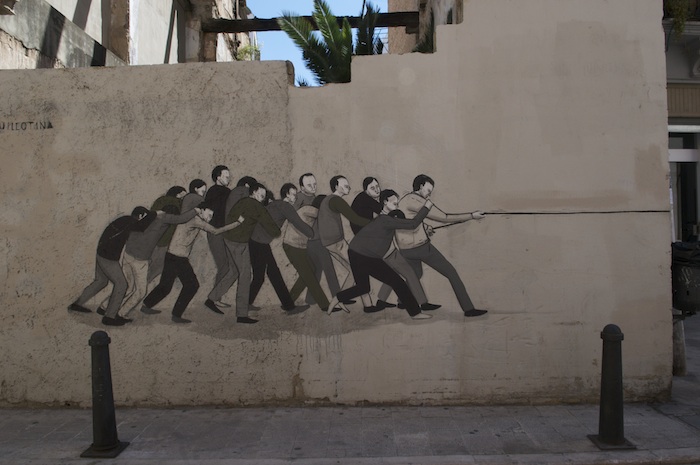 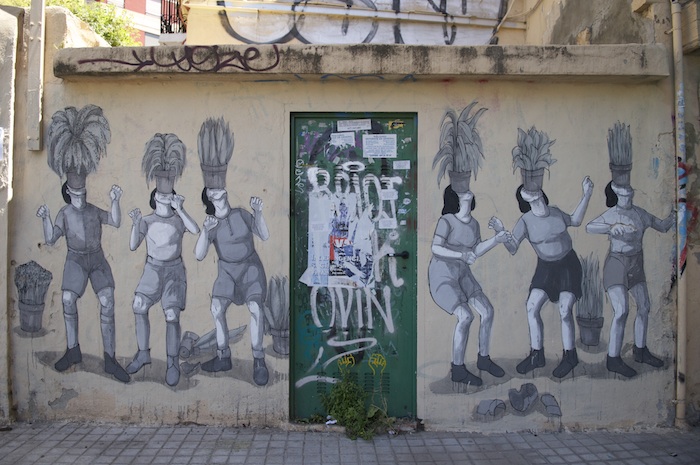 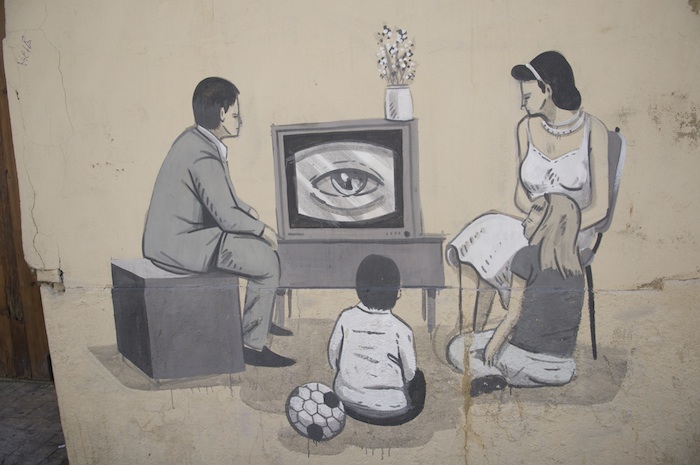 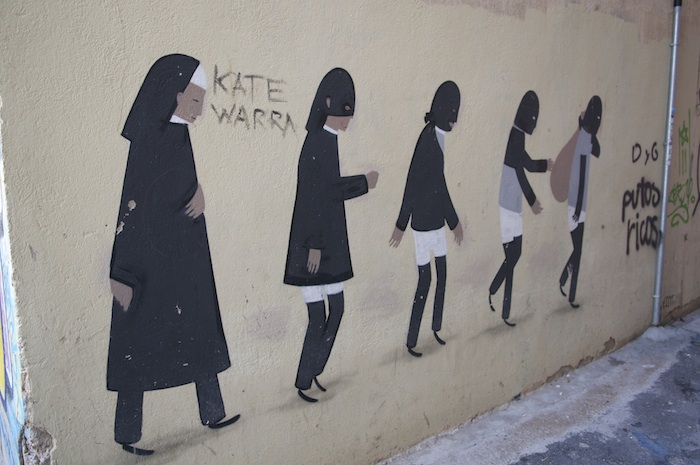 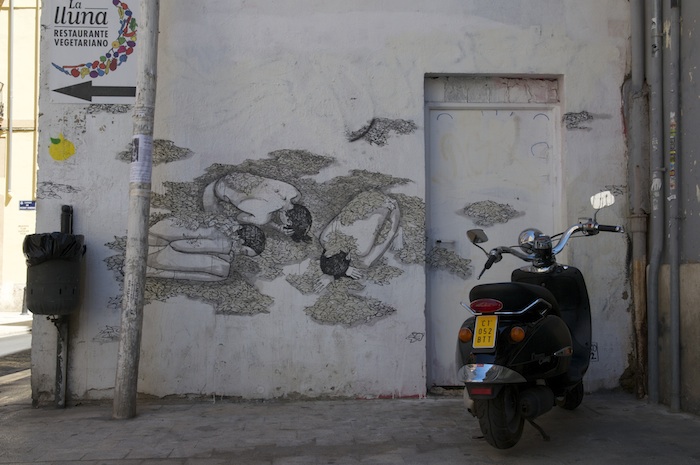 There are certainly many more talented street artists around, just have a look at the below pictures for some examples. Where the artist is familiar to me, I have added his/her name, but there are still some that for now remain unknown to me. Happen to know any of them? Feel free to share this with us in the comments below or by emailing us at wkndr@artweekenders.com. 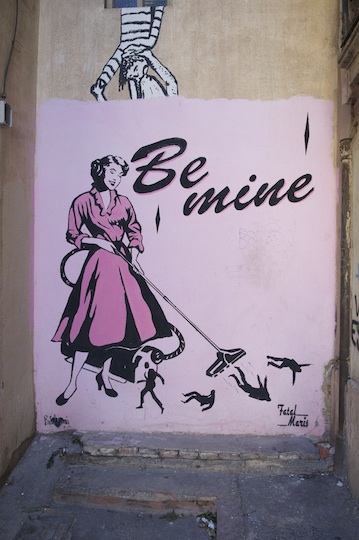 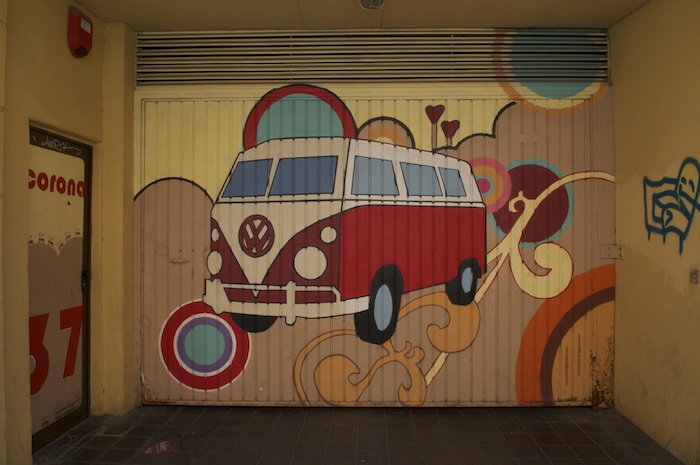 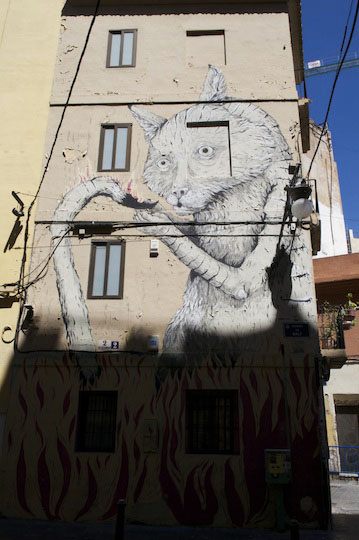 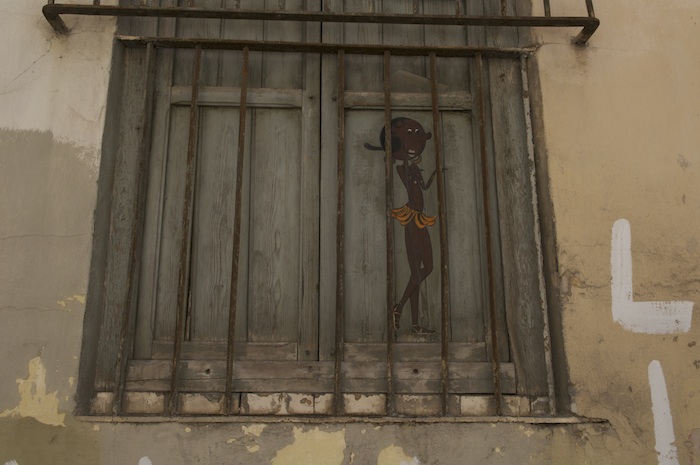 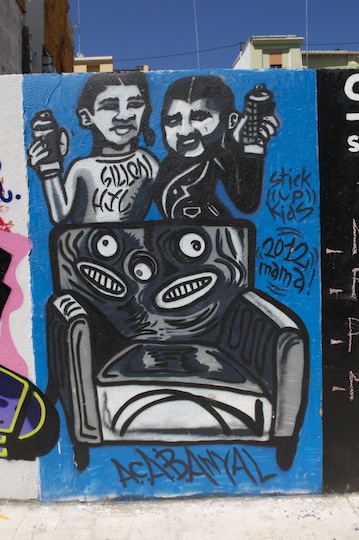 Would you like to contribute to the Street Art Tuesday series, either by your own photos, stories or knowledge or you happen to know the artist behind one of the works we have featured, just write us an email at wkndr(at)artweekenders.com. We’re always happy to hear from you.

Previously in this series: