You know the expression: not all that glitters is necessarily gold? Is it possibly the same situation with the extravagant Calatrava-designed ‘Palau de Las Artes‘ in Valencia, Spain. At least if you choose to listen to the local city government in Valencia, you might want to ask yourself if that actually could be the case.

According to The Telegraph, the city of Valencia announced last Friday that the city would pursue legal action against Mr Calatrava’s architectural firm for the cost of repairs, for what the city considers as “construction defects” to the extravagant building.

The ‘Palau de las Artes’ opera house is one of seven futuristic buildings within the complex of ‘City of Arts and Sciences‘ (Ciudad de las Artes y las Ciencias). The complex wasconstructed on reclaimed land in Valencia’s former port and first began showing signs of aging a year ago. The opera house – popularly dubbed as the “White Elephant” – was inaugurated on October 9, 2005 as the final crown on the jewel. 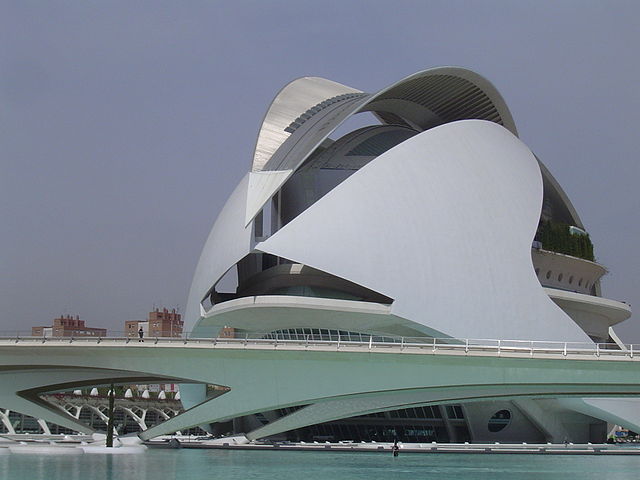 Last week during high winds chunks of the mosaic façade of the opera house fell off, forcing the authorities to cancel scheduled Christmas performances and also to close the building to the public until further notice. Only eight years after its inauguration it could be argued that it’s not the most encouraging sign around for the longevity of the building, especially given the hefty price-tag attached to it.

Santiago Calatrava, himself from Valencia, has been in charge of the design and construction of the entire ‘City of Arts and Sciences’ complex, which ultimately ended up costing around €1,100 million for the local tax-payers. Constructed over a 13-years period, the total bill was almost the triple of what was originally budgeted. Thus, by no means is this the first step in the escalating controversy around the construction. 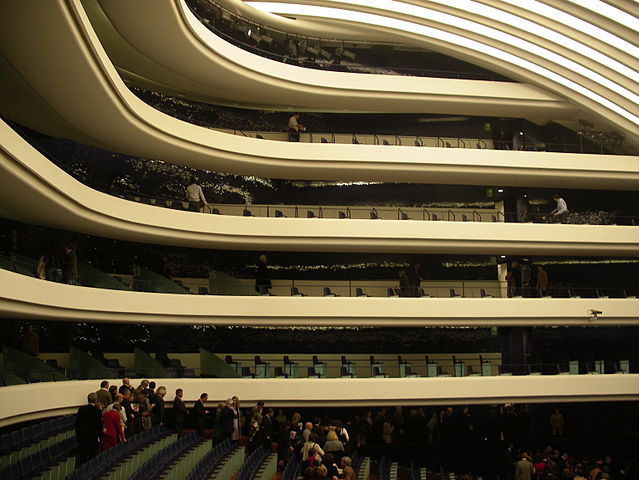 Ignacio Blanco, a United Left member of the Valencian provincial parliament, is one of the fiercest critics of the architect. He has started a website, calatravatelaclava.com, (meaning “Calatrava nails you” in Spanish) highlighting the architect’s propensity for these cost and schedule overruns. Studying the information on Mr. Blanco’s site, you will likely end up raising your eyebrows a few times over.

The architect is however already familiar with criticism and conflicts. Many of his projects have been causing headaches for the people involved in regards to budgets and constructional issues. From Malmö in Sweden (where the construction costs for the Turning Torso residential skyscraper were the double from the original estimate), via Venice, Italy, to all around Spain, there often seems to be issues. His most recent scandal is around the PATH transportation center near New York’s Ground Zero. The construction is already six years behind schedule and has so far doubled the original estimated budget cost.

Possibly Calatrava sued by Valencia is just another step in the healing process for Spain. With everything that happened in the country since the initial days of the financial crisis and the mis-management that continuously popped up to the surface, it is hard not to also question the city officials and the responsibility the local government actually had in monitoring the project.

The construction is beautiful, rivaling the likes of Sydney’s Opera House or the buildings designed and constructed by Oscar Niemeyer. You really have to wonder about the price paid for it though.