A new year. The same old Europe. But with two new European Capitals of Culture for 2014: Latvia’s capital, Riga, probably won’t need a deeper introduction, but the not-so-well-known Swedish city in the northern part of the country, Umeå, might. What both cities undoubtedly have in common is that they have an exciting year ahead of them.

The European Capital of Culture is an initiative of the European Union, originally thought out by the Greek singer/actress Melina Mouscouri, who during the 1980s also happened to be Greece’s Minister for Culture. Together with her French counterpart, Jack Lang, they concocted the initial idea for the concept, with the aim of bridging the gap between the peoples of Europe. Or, as the European Commission originally defined it back in 1985:

‘Help bring the peoples of the member states closer together’ through the ‘expression of a culture which, in its historical emergence and contemporary development, is characterized by having both common elements and a richness born of diversity’. 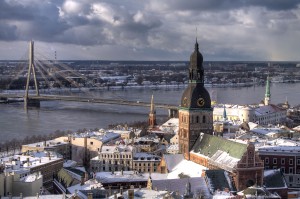 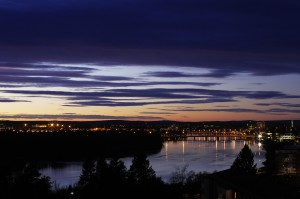 European Capitals? But Why?

From the beginning the goal of the events were partially to make the culture of the cities accessible to a wider European audience, and also to create a unified vision of European culture as a whole. The original idea evolved, however, over the years and cities started to interpret their mission in different ways. Athens, the first city out – the pick naturally also a nod towards the initiator, Ms. Mouscouri – focused mainly on international stars, while Florence focused heavily on its rich cultural Renaissance heritage. Amsterdam put itself into the centre as a true European art city, but Berlin for instance ended up being heavily criticised for a snobbish approach to the whole idea.

In the beginning the designated cities were all big traditional cultural capitals, but by the turn of the century the concept shifted focus to lesser known cultural urban hubs. Nowadays the emphasis shifted even further away from the well-known, with the attention being aimed on up-and-coming cultural spots, which in many cases are not really known internationally.

Simultaneously, the attention has been moved to a slightly more political agenda, mainly expressed in a desire to help cities and regions onto a new start, focused around rejuvenation and a shift from an old economy into a new, modern era (e.g. many of the cities in the past years were earlier known as heavy-industrial towns). Thus, it could almost be said that the original idea of bringing Europe together transitioned into a more local focus of developing regions for a modernised society.

Whatever is the motivation behind the city choices and the approach the cities choose for their profiling, the general conclusion is that the goals to increase the awareness of the host city is usually met with satisfaction, in some cases even better up than so. Antwerp in 1993 was said to have tripled its visitors numbers that year. When we talked to representatives from one of last year’s hosts, the Slovakian Košice, at the 2013 World Travel Market in London, they mentioned close to doubled figures for visiting tourists from the year before.

Thus, these days the choice of European Capital of Culture serves certainly as a catalyst for the cultural development and the transformation of the host city. From an EU-perspective it’s clear that the socio-economic benefits for the chosen city are considered highly in determining the decision. A clear evidence for this is Marseille, which until very recently counted as one of the most ran down cities in Europe, known for its crime and rough-edge, but after last year’s capital-status had a total revival, as this New York Times article gives witness thereof. 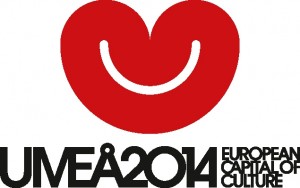 But what about the perspective from the outsiders point of view? What do the tourists think? We already concluded that in general the visitor numbers always increased in the year of the city’s European Capital status. Spontaneously it feels like there can only be good things coming out of it for visitors, even though it has been pointed out that for some cities the impact was mainly short-term, as the case with Glasgow in 1990. Nonetheless, if the execution is done smartly, there can without doubt be significant long-term benefits for the host cities.

So what about the two hosts for 2014? What can we expect?

Riga is the capital of Latvia and the largest city of the Baltic States. Its history goes back more than 800 years and during the centuries time has left many marks on its city-scape, today offering some of the best preserved architecture in Europe. Most importantly, it is generally recognised that Riga has the finest and largest collection of art nouveau buildings in the world. 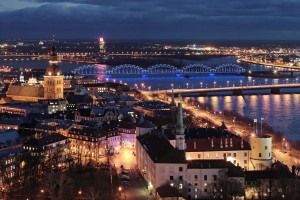 Institute of Latvia Foto: A. Kendenkovs 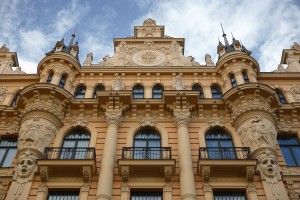 Riga also has a strong performing art tradition, especially its ballet is famous and in this capital year it will host the so-called “Choir Olympics” in July. As part of the official program there’s anything from Wagner operas to book printing and solstice celebrations scheduled. The program is certainly extensive, so it feels like there’s one or two things we need to look into. Riga as a city is pretty well-known, but it’s still a destination that has been under the radar of most travellers. Is 2014 to change all that?

Umeå is a different city altogether. Located more than six hundred kilometres north of the capital Stockholm, Umeå is a university town with around 35,000 students – about a third of the municipality – and one of the most important research centres in the country. The European Capital of Culture hosting is seen by the city as a great opportunity to show northern Sweden as a region to the rest of the world, and to increase cultural exchanges between Umeå and the rest of Europe. 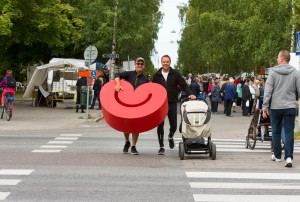 It’s hardly a surprise to anyone that Umeå’s presence on the international map is limited (even for me writing this, being myself grown up in Sweden, although at the opposite corner of the country), northern Sweden is not exactly on the usual crossroads. But can in fact this historic anonymity be the hidden resource of the Swedish city? Why not? We have a feeling that it will be an event with a lot of personality. There are important cultural highlights on offer already: it’s famous for its ‘Bildmuseet’ (the Museum of Contemporary Art and Visual Culture) and the ‘Norrland Opera’ (the Opera of northern Sweden). As a direct contrast, for many, the city is famous for its very dynamic heavy metal culture, so it feels like there can be many surprises here.

Thus, it feels like this year’s hosts are could be viewed as outsiders, especially the smaller and more peripheric Umeå, which might play very well in their favour. But are they in it for the long-term benefit? Are they focused more on the local or will they live up to the European capital title challenges? We think the year ahead looks very promising.

We’re curious to see. We have our eyes set on a tour of the Baltics and at least a part of Scandinavia later on this year, so we will have many reasons to come back to the topic. But first we likely wait for the winter to pass, and we’ll surely follow the efforts of both ‘European Capitals of Culture 2014‘ with great interest.