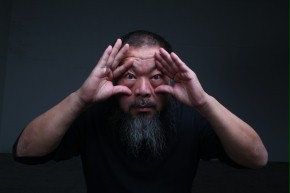 [Tweet “#AiWeiwei’s Largest One Man Show To Date In #Berlin”] 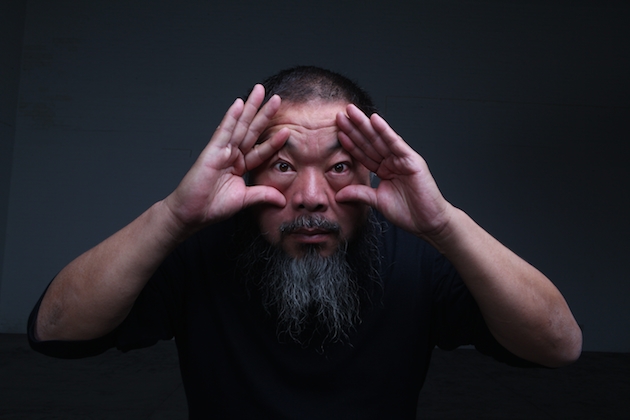 He was imprisoned for 81 days by the Chinese government without a reason – this past April 3rd was the three years anniversary. Today his passport is taken away from him and this week he was not allowed to leave the country to attend the opening of his largest one man show to date. We’re talking about the Chinese artist Ai Weiwei, who currently has his exhibition named ‘Evidence’ at the Martin Gropius Bau in Berlin, Germany.

His works fill 18 rooms across 3,000 square meters and are either specifically designed for the Martin Gropius Bau or have not been shown in Germany before. If you happen to know Ai Weiwei’s work, you will also know his conceptual artworks mostly just don’t fit into one square meter and are often encompassing one whole room. That’s the case with this exhibition with the 6,000 stools placed in one room (titled Stools), or the hanging bikes installation (titled Project Forever), which was on show last year during the Amsterdam Art Zuid route in Amsterdam, The Netherlands.

Ai Weiwei in Berlin – but only in Spirit 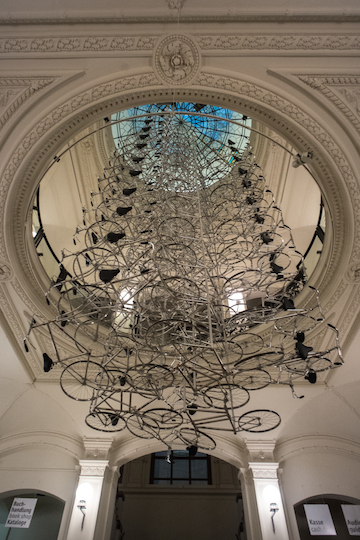 What is actually more important about Ai Weiwei’s work is the hidden message, which is often and mostly politically tainted and putting to discussion Chinese internal affairs and the topic of China and the West in general. It is not for nothing that the Chinese government continuously tries to erase the artist’s presence from the Chinese consciousness, forbids him to leave the country or prohibit him from haveing an exhibition in any museum in China. Even his atelier in the outskirts of Beijing is constantly being surveilled and every step of the artist is being monitored. Ai Weiwei is after all one of the most famous artists in China and therewith pretty influential.

Ai Weiwei refuses to accept the current status quo in China, where there’s no freedom of speech, nor a fair distribution of power or a multiparty democracy and uses his work to express his political opinion. The works at display in the Martin Gropius Bau thus all have a deeper political story behind them than you may at first sight think, a reason why we keep being fascinated by this Chinese artist’s work.

Take for example the Golden Zodiac installation, a golden copy of the bronze zodiac sculptures, which were once located in a garden of the Chinese Emperor and transported to Europe during the Second Opium War.

When the original sculptures appeared at an auction of Yves Saint-Laurent in Paris in 2008, this created an enormous stir in the Chinese cultural world and the Chinese government made a stance that these sculptures are national treasures. Ai Weiwei rather thinks they belong to the world, a message he shares with the world via this installation. 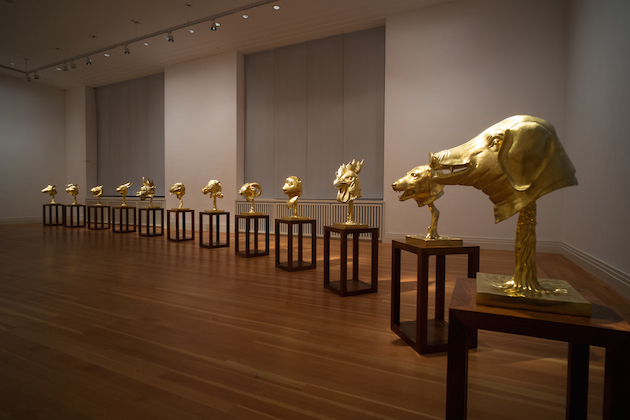 Another remarkable work is the 6,000 stools in the large Lichthof of the Gropiusbau, with which Ai Weiwei aims to express the centuries-old aesthetic of rural China.

These are just a couple of the works at display and we really recommend you to visit this exhibition and to read through the extensive catalogue with a lot of background information on the exhibition and the artist himself. It is not only an exhibition about the opinion of a great and influential artist, but at the same time it’s an opportunity for a deeper insight into a country that aims to limit freedom of speech to its citizens. 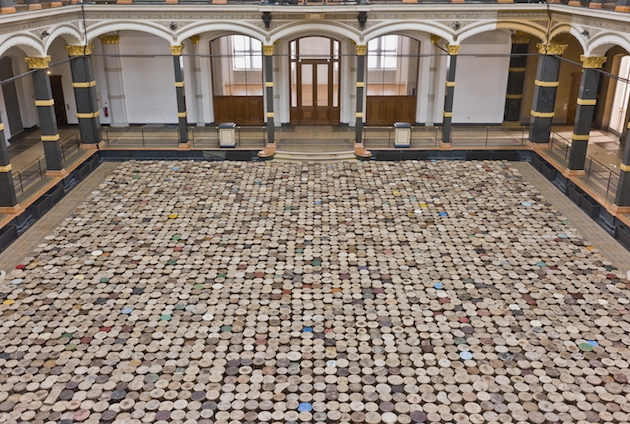 If you haven’t made plans to visit Berlin yet, but would love to come, we’d recommend you to plan the timing of your trip between 20 May and 7 July. During these weeks the Martin Gropius Bau exhibits the works of another great contemporary artist: the exhibition David Bowie will also take place then, a show we featured as one of the first stories when we started this website.

Here’s already a short video showing what you can expect from the Ai Weiwei Berlin exhibition, courtesy of art-in.tv: