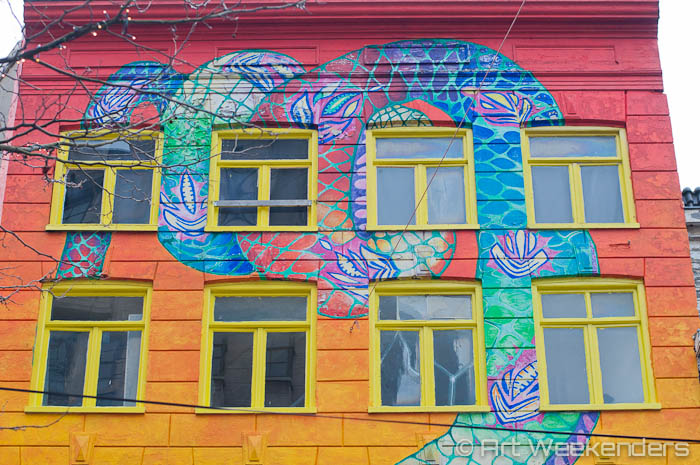 The End of De Slang

I believe it was on the first day of the New Year some years ago that I stumbled upon this explosion of colours in the midst of the Amsterdam city centre for the first time. While I probably cycled along the building several times before, mostly at night, what captivated me this time was the abundance of street art on this block of houses, here in the middle of the city, appearing in front of me in the bright daylight.  Those familiar with Amsterdam probably know that what I am talking about here is the so-called De Slang building, or in English The Snake House, on Spuistraat number 199, a building that will soon belong to Amsterdam’s history. 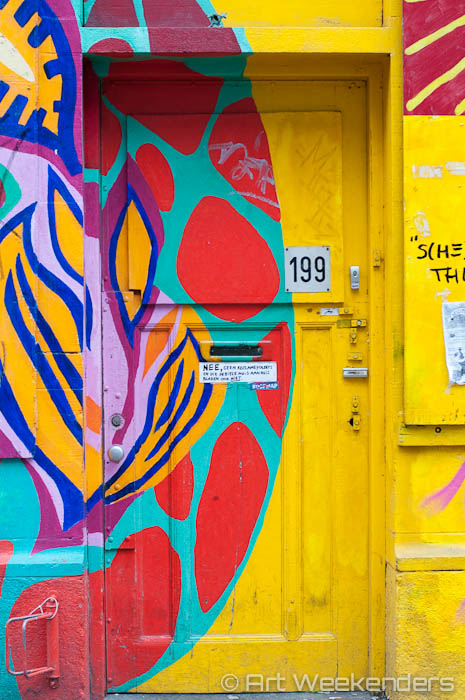 The entrance of the Snake House, Amsterdam, The Netherlands.

It was in the early eighties that the building at the Spuistraat was squatted, following a decade of non-usage by its owner after the Dutch Press (ANP) moved out in the seventies. Back in those days squatting was considered legal in The Netherlands and as soon as a building was empty for over a year, you could basically move in. Thus, there was initially little the actual owner could do against the squatting. The squatters converted what was formerly an office building into a place where people could actually cook, shower and live and made it their homes. Soon enough the squat attracted many more creative and free spirits, like artists, musicians and actors, and in 1987 the icon of the building, the Snake, was painted at the facade, as a protector against bad spirits. 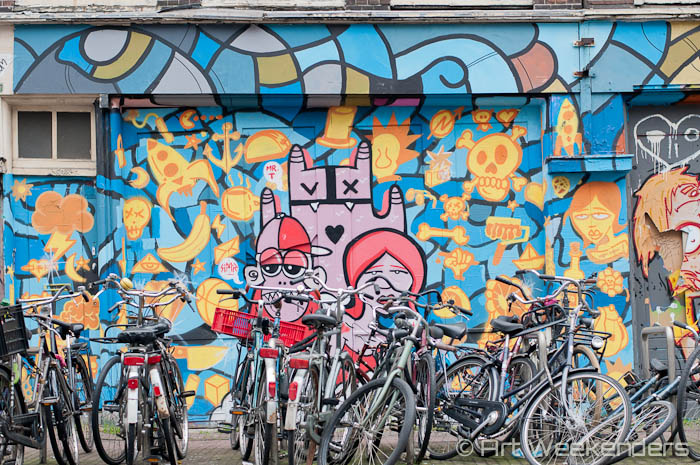 For almost three decades discussions went on between the inhabitants, the subsequent owners and the city council to somehow ensure the community could legally stay here, over and over without the result aimed for. When the housing association De Key acquired the building in 2008 the end of the Snake House was near, as it appeared now some years later. 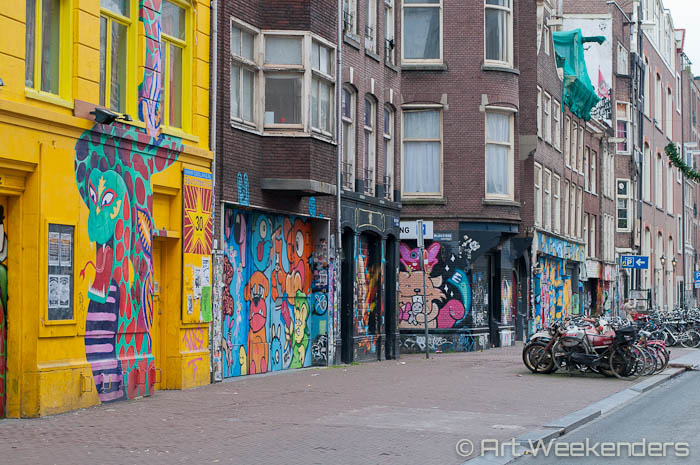 De Slang and its surroundings, Amsterdam

By that year the Snake House had become known for being a creative melting pot, not only for its inhabitants, but also for those just passing by. Exhibitions were hosted, movie nights and other events were organised, basically everyone was welcome to join the alternative scene.

After some initial positive talks with De Key about the future of De Slang and its inhabitants, the housing cooperative seems to have changed its mind. It decided that the creative centre and its residents had to make place for some 69 new luxury apartments and office spaces and the long-term residents of The Snake were urged to leave. This decision, most likely stimulated by the fact that squatting has become illegal in The Netherlands since 2010 and the economic downfall, marked the start of further legal battles, petitioning and demonstrations by its residents, who naturally didn’t just give up their home after all these years. Even the Amsterdam City Council got involved and supported the cause, by even offering money to De Key. 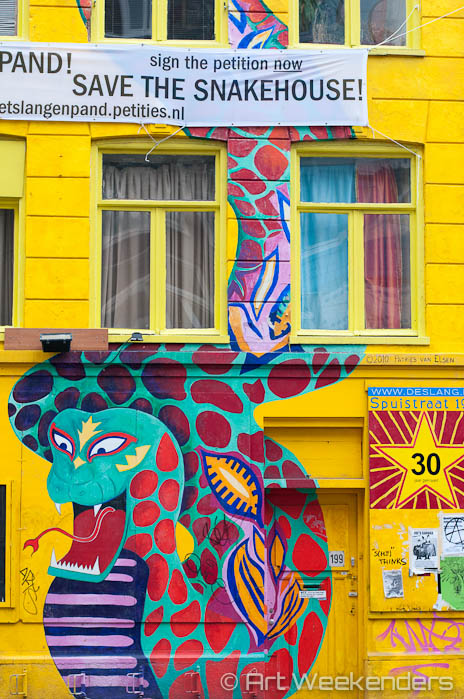 Protests from the Snake House in Amsterdam, The Netherlands 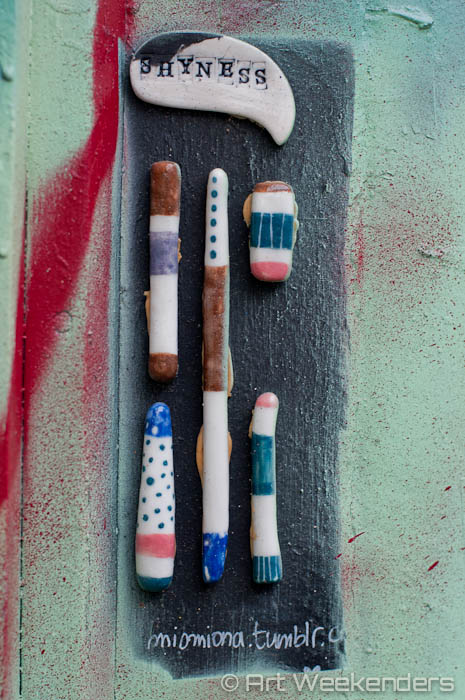 Yet, all battles, also the legal ones, come to an end. This end was marked this month, March 2015, when the residents were summoned to leave the building by a bailiff, instructed by De Key. Where part of the squatters left the building by themselves, seeing no further possibilities to prolong their stay or to legalize their position, others were evacuated with force and arrested by the police this week after fires broke out and more disturbance was caused for the area this week. A sad month for Amsterdam’s creative and alternative scene…

Where the squatters will go while the further gentrification of Amsterdam’s city centre is taking place, is still unknown. What sure is, is that if you would like to see this building in its old state with its brightly painted facade, you’ll have to be very fast. The chaos caused this week already left its marks on the building and the area around it. Soon what remains of De Slang is sadly only what you can see in archives, in pictures and stories like here. Only mementos from a different past. 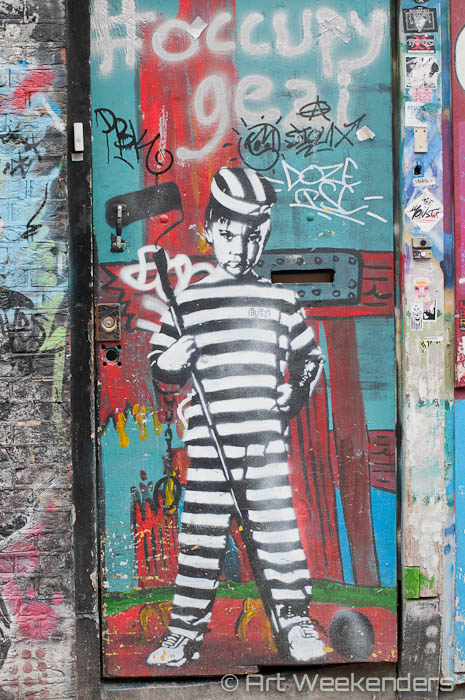 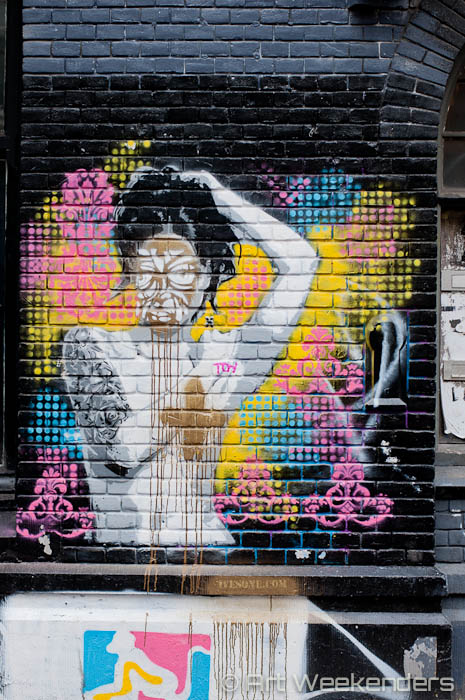 If you’d like to learn more about the history of De Slang and some background about the recent conflict resulting in the end of it all, you can read more on DutchStories.com – De Slang: A Farewell To Revolution. To see the latest reactions from the people of de Slang, please visit their homepage, DeSlang.nl. If you have any stories to share or would like to say your opinion about this development, please leave a comment. And do share, we and The Snake appreciate it.