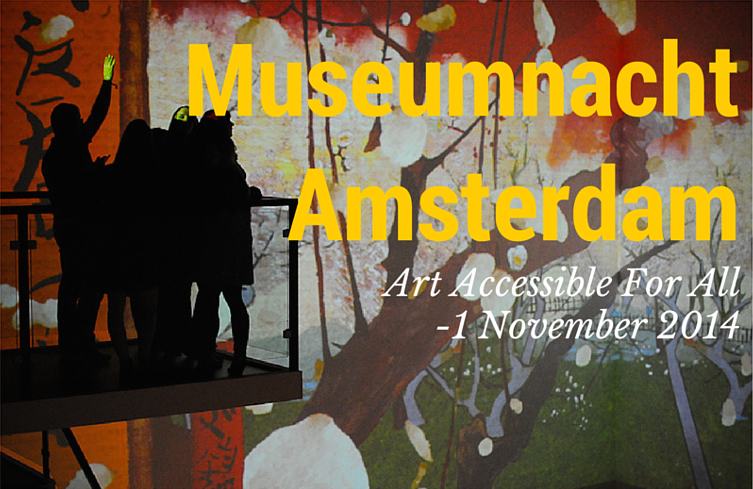 It’s that time of the year again, when the spookiness hits the streets of Amsterdam, when the mist should be hanging heavily over the canals, the shades longer than usually and it’s dead quiet on the streets. Spooky Halloween time? Except this year, of course, when instead of mist we have the warmest ever recorded start to November ever recorded in Amsterdam, and forget about quiet streets in our city, it’s instead the usual party atmosphere.

Halloween here in Amsterdam also means Museumnacht time, which in this city means party time! It’s one of those cultural events which got to that caliber that it almost markets itself and the organisers can concentrate on making the experience a great one, instead of trying to convince people to leave their homes and – Halloween spookiness forbid – go to the museum.

This yearly event has been sold out for the past years and this year isn’t any different from the others: the fifty participating museums will be full, there’s no doubt about it. There will be people biking from one spot to the other, mixing some art admiring with drinks and a little dance (that is, dance to DJs, not just a spontaneous little jiggie on the street). Thus, while we don’t have to convince people to go, we’d like to give our view on where to go, with the aim to fill the six-seven hours at hand (and beyond, if you go to any of the after-parties) with the best experience. 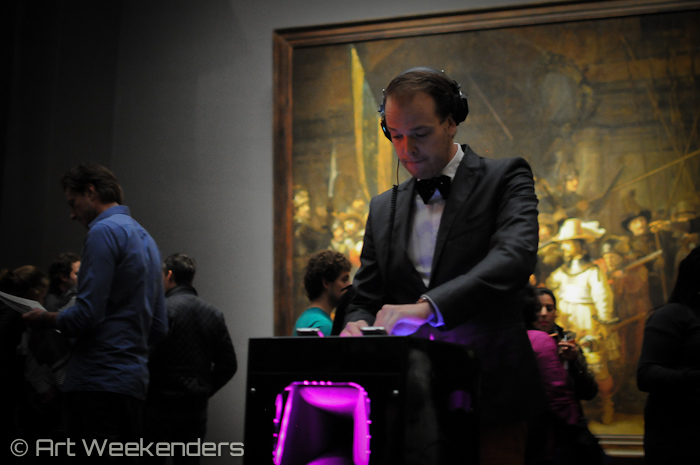 Fine tunes in front of the Nightwatch, Rijksmuseum, Amsterdam, The Netherlands

Museumnacht these days is a global movement. It has its origins in Berlin, where a then recently reunited German capital opened its doors for the first time in 1997. ‘Lange Nacht der Museum’ – normally held in late August – just took off from there and the phenomenon started spreading around Europe and also outside the continent, to Buenos Aires and even to the Philippines.

In Amsterdam museum night is a huge hit, and has been so in the more than fifteen years of its existence. Alongside the permanent collections and usual current exhibitions, all participating museums put some effort into surprising the visitors, with interactive workshops and special performances in an upbeat and inspiring environment. It’s really a party-vibe. Some of the museums also offer food and drinks, often in harmony with their chosen theme. 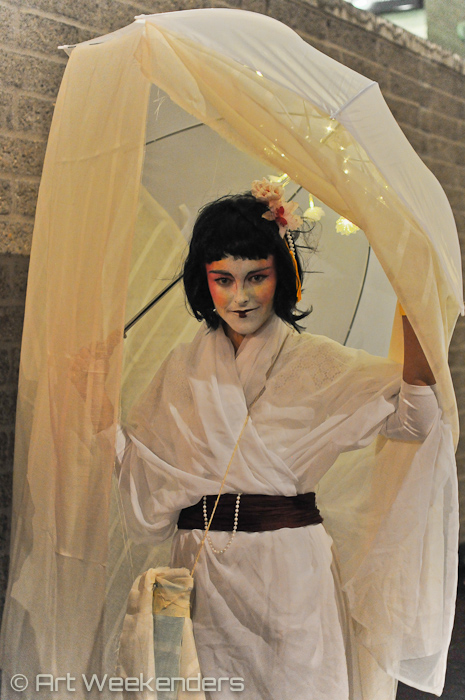 Unexpected surprises in the middle of the streets. Museumnacht 2013, Amsterdam, The Netherlands.

The motto of Museumnacht is to connect a young audience with the Amsterdam museums and especially to make museums accessible for everyone. In line with this the sensory impaired audience will be able to fully enjoy Museumnacht with tours in sign language and those with limited visibility can join specific tour guides guiding them through the museums.

Some other hightlights of this year’s Museumnacht are:

Nachtbrakers hacking the Rijksmuseum and opening of the Philips Wing

The Nachtbrakers, the online platform of N8, have ‘hacked’ the audio-tour of the Rijksmuseum for the night and show that an audio-tour can be very different from the traditional one. The historical library of the museum will play a central role in the short fiction story that will be on your audio-tour.  Make sure to check out this space, especially since it will be lit in a special way.

In addition the new Philips Wing will be opened in the Rijksmuseum on the 1st of November and thus, also accessible for the Museumnacht audience. 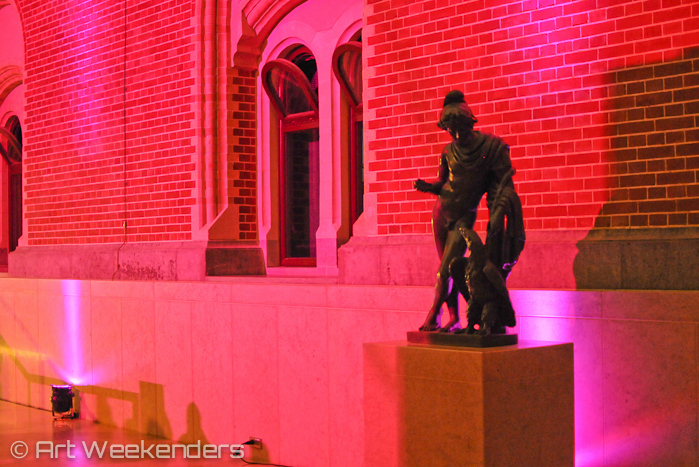 Opening Museumnacht in the Oude Kerk by Jett Rebel

Jett Rebel will open the Museumnacht in the Oude Kerk, the church in the middle of the Red Light District. During his solo-performance Jett Rebel will be playing some of the songs of his debut album live for the very first time. Plus he will also be using the organs of the church during his concert.

Together with streetart.nl N8 organises a street art exhibition, lectures and a tour with internationally known street artists in the Amsterdam Museum. Street artists Hugo Kaagman, Laser 3.14, C215, Faile and Max Zorn all cooperated on the project and made new works specifically for Museumnacht.

The night ends with after-parties in the clubs around the city. This year’s official after-party is at ‘Club NYX’, but there are many more after-parties throughout town.

Museumnacht is organized by N8, the Amsterdam Museum Night Foundation. The N8-team is active all year round connecting the Amsterdam youth to the world of the museums. 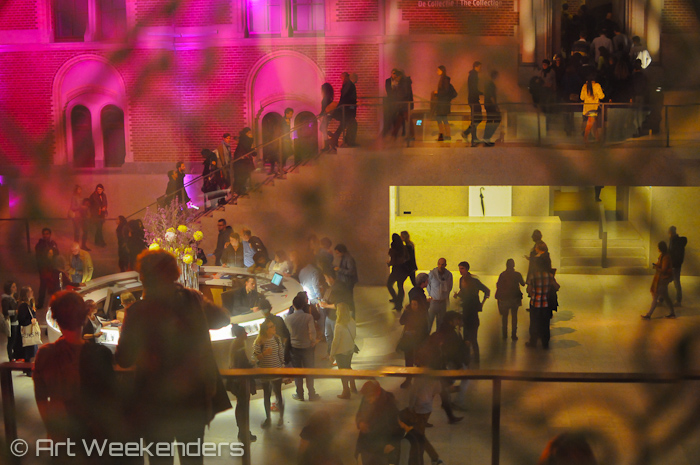 The Rijksmuseum at night, Museumnacht 2013, Amsterdam, The Netherlands

Last, but not least here are some tips for those who have secured their ticket already:

* Download the Museumnacht app including the whole program and check out the Druktemeter which informs you about the waiting time for the lines.

* Follow one or more of the different routes N8 has on their website. Each route has its own theme, from Do It Yourself to Mind Body Soul to Icons, you name it. There are 10 different routes.

* Go to the museums which you expect to be less popular and really surprise yourself!

Museumnacht Amsterdam is on this coming Saturday and is already sold-out. The 2014 tickets (cost €18.50) include entry to all approximately 50 participating museums, free transportation on special trams and boats and discounted entry to the after-parties at one of the collaborating Amsterdam clubs. If you would like more culture later on, your ticket is valid until the end of the year at one of the participating Amsterdam museums (excluding Artis. Heesterveld en Rijksakademie). Museumkaart and other discount cards are not valid this night.