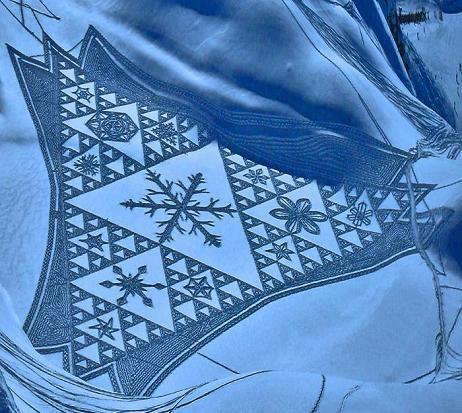 The winter is upon us, and naturally the colder days keep most of us indoors. Perfect days for spending time in museums, galleries, or why not making your own art in the comfort of a studio. If you’re lucky enough to live nearby some mountains, maybe the Alps, there’s also the option of being out in nature, maybe going skiing. Doing winter sports is the obvious choice, but not many of us would come up with the idea of actually being creative out there in the snow, as a matter of fact, making art.

However, there’s Simon Beck, an accidental artist who uses snow as his canvas and his feet as his brushes. 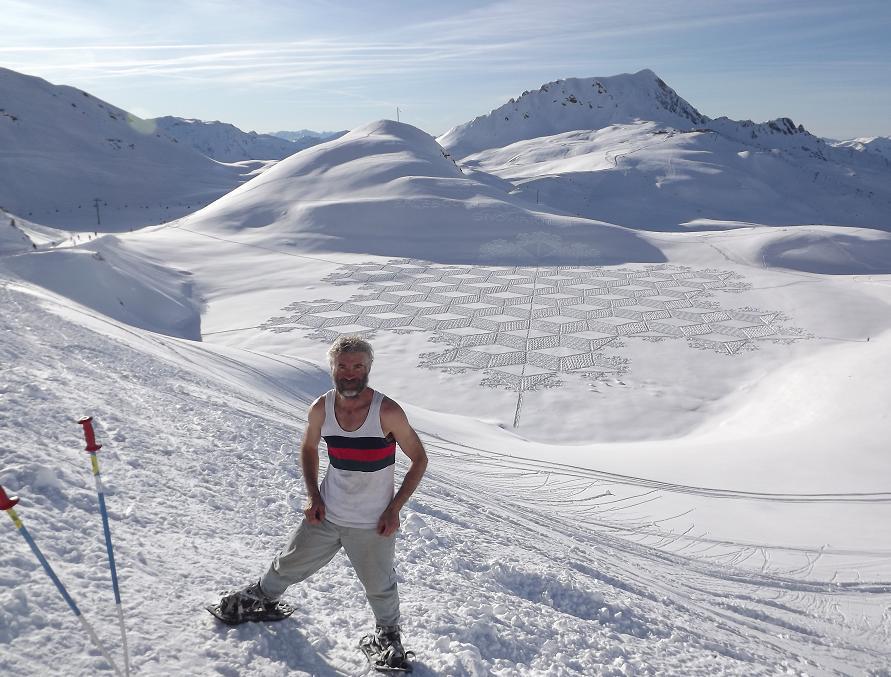 The British-born map maker started out with his large-scale geometrical art almost out of a coincidence back in 2004 and since then his creations became ever more challenging and ever more complicated in their design.

If you get involved with art of this kind, in any case you can’t count on having your creations passed down for generations to come. In fact, in many cases you might not even see what you made the morning after you finished off a work. Basically, while the thought might take you to the Nazca lines of Peru, the longevity is totally different. 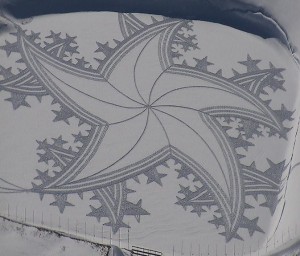 Simon Beck – Cubes in the snow

Simon Beck is a trained orienteering-map maker (orienteering is the sport where you need to find specific stations on a map, specifically drawn for the competition in question, and completing the route through a natural terrain in the shortest possible time) and his profession comes in handy when measuring out his art. In many cases the constellations made are the size of six football pitches and for making them Mr. Beck needs some good ten hours of hard ‘walking-work’ in the snow. It’s no wonder that many observers in the beginning considered this English gentleman in the French Alps a strange oddity. With time though, his work not only got accepted, but gained a strong local and far-afield following. 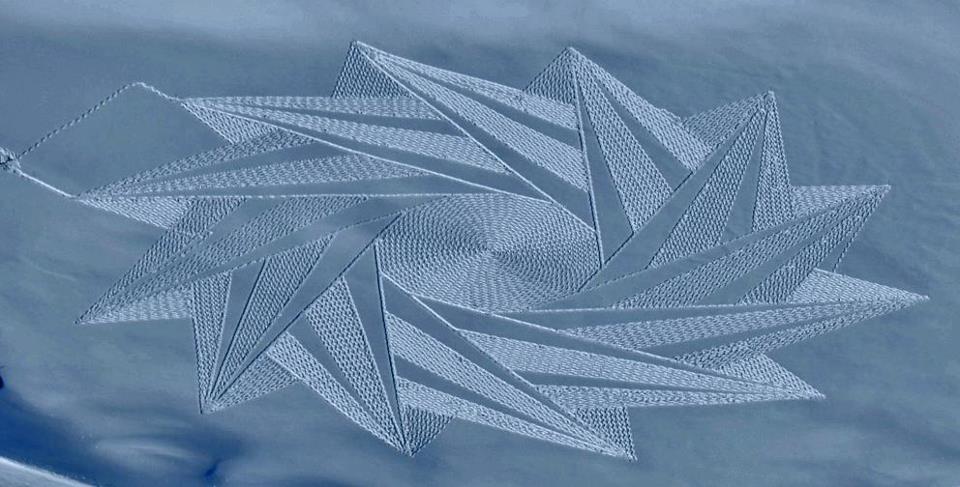 Having his winter-base in the French resort of Les Arcs, he started out almost by being pushed into it by destiny: having suffered an injury to his foot his ability for running and being out in the forest diminished and as an alternative form of exercise he decided to walk in the snow. Creating snow art came as a natural step for making the activity more purposeful and his longtime admiration for geometric formations came in handily. His first project involved connecting five symmetrically placed out dots in the snow by walking from one to the other, and filling in the triangles created this way with shades made of packed snow. When he realized that by photographing the design from above the end result is pretty spectacular, there was no turning back. 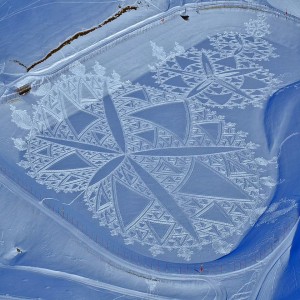 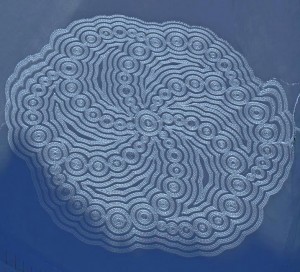 The constructions got even more intricate over time and Beck’s inspiration is generally coming from the world of geometry: Koch curves, Mandelbrot sets, Sierpinski triangles.

As Beck explains, the identification of the best spots is crucial for a good end result: ideally, the chosen spot needs to be flat, lakes are therefore ideal for this, but they involve a certain risk that the ice might break, so caution needs to be used. Another challenge is that it needs to be a surface not trespassed by humans or animals, but being a local and familiar with the area definitely helps in knowing where to go.

All pictures here are courtesy of Simon Beck himself. Please visit his very popular Facebook page to let yourself be impressed by more of his work and to follow his future endeavours. Mr. Beck’s big dream – now as the proud owner of a high-resolution camera – is to one day produce and publish a coffee-table book with his best work, but he’s also taking on commissioned projects: maybe you have a message that you’d like to communicate out to the ones above?

Are you yourself interested in starting out as a snow artist? The field is yours, all you need is a great compass, excellent snow shoes (since as you probably figured, ten hours in the snow is hard work) and good measurement and orienteering skills. Oh and don’t forget that you need good stamina: a days work of ten hours corresponds a hike of about 40 kilometres and if you’ve ever been walking in the snow, uphills, you might remember it’s not the easiest.

If you instead prefer to visit Mr. Beck’s “outdoor gallery” you can combine your visit with some fantastic skiing in the French Alps, in the resort town of Les Arcs.