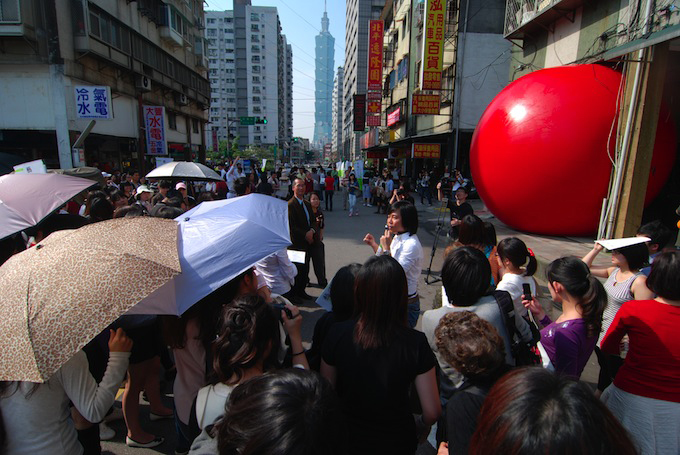 A legal victory for the RedBall project

Remember the RedBall Project we wrote about some months ago? Or maybe you’ve even seen a gigantic red ball appearing in your city? If you live in Europe, more specifically Paris or Milan, the chance is high that what you saw was, in fact, a copied version of the original project created by Kurt Perschke. 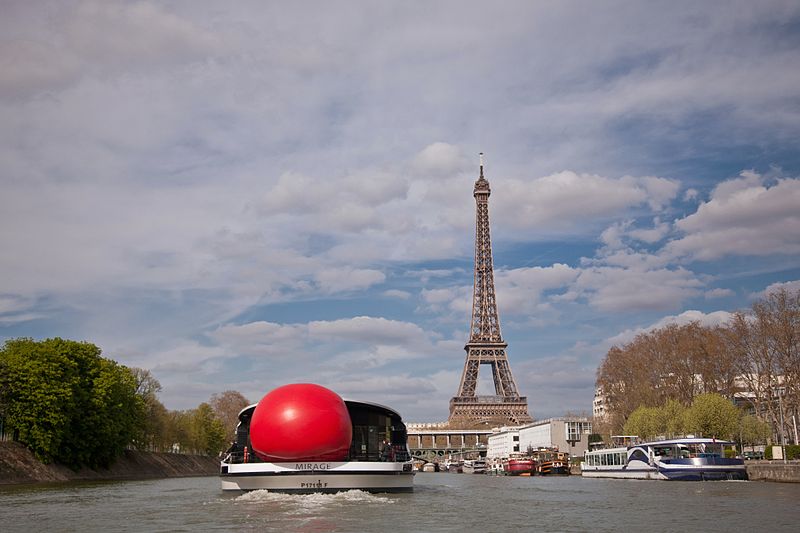 It’s probably the nightmare of every artist: seeing your creative work being used by a big conglomerate as part of their marketing campaign, without you being aware of it, or even contacted about this.

But this is exactly what happened to Perschke, the man behind the RedBall Project. To recap: the performance act including the red ball was launched in 2001 and it first appeared in St. Louis, Missouri. The years following, the playful project appeared at different locations in various cities worldwide, such as Sydney, Paris, Chicago, Toronto and Abu Dhabi, just to name a few. The RedBall project is more than just the object of a red ball, the performance around it is actually the most important aspect of the concept, and as the artist himself explains ‘it’s true essence is to engage, entertain and connect to the imagination of the audience that experiences the presence‘. A mission that has been accomplished very well, given the interaction it created worldwide in the past 13 years of its existence.

As it happens with successful projects, people get inspired and possibly even develop them further. Yet, copying and using it for your own commercial benefit goes a step too far. Exactly what also turned out to be the case with the RedBall Project, unfortunately.

Mid-2010 the French conglomerate Edenred S.A. – a prepaid service provider with branches worldwide and formerly part of Accor S.A. – decided to use an identical red ball in a similar – almost identical – fashion in its promotional campaign and blatantly copied various elements of Perschke’s project. Worse even, in its online promotional material the billion dollar sized company used stills and video of the RedBall Project, which Perschke made when the project shortly halted in Portland, Oregon, back in 2005. All this was happening without Perschke’s permission and awareness, until he noticed the campaign of Edenred some nine months ago.

Perschke was initially really amazed when noticing this, but as he tells us, there were earlier examples where people knocked off the project, which he was unable to challenge, so it wasn’t a full surprise coming across a new case. Despite these previous occasions the artist, aware of the fact that this infringement was different, decided to bring this matter to court and sue Edenred for infringing his rights.

Without having seen the images of Edenred’s use of a red ball, you might first think there’s little Perschke could do against the use of a red ball as such, he shouldn’t be the only one that can use a red ball, right? This was also one of the defences of Edenred. But then just have a better look at the way the company uses the red ball in their advertisement material and Perschke’s performance with the red ball. Wouldn’t you think the initiative comes from the same person or company? Would you be able to make a difference at all? 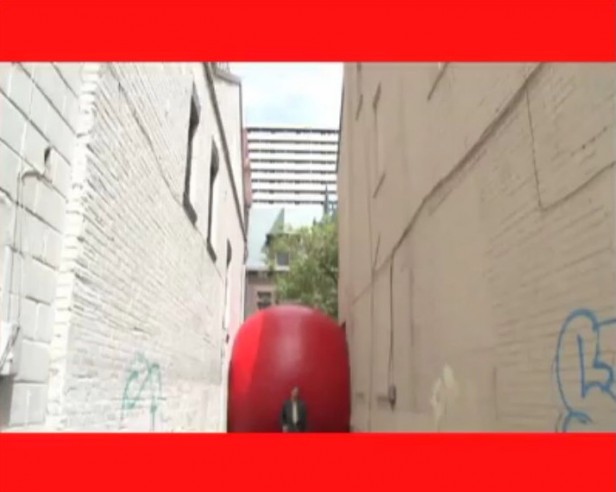 Your initial reaction might now be confirmative, but as it is more often with cases like these (think for instance Florentijn Hofman’s giant duck copies), it isn’t that easy to make a big conglomerate like Edenred just cease such infringing use when the whole campaign is already launched and going for some years. Both the fact that this concerned a cross-border conflict – Edenred’s head office is located in Malakoff, France – and a big multinational, made the case drag on for a good nine months until just recently an agreement was reached. Luckily – as we would like to say – with a positive result for Kurt Perschke.

As Mr. Perschke declared to us, although the nitty-gritty details of the agreement can’t be disclosed, the most important is that his rights to the RedBall Project as a performance act are being acknowledged, which all-in-all is not only good news for Kurt Perschke himself as the artist behind the Red Ball project, but also for performance artists in general. Although this might look like a clear-cut case when you see the images, copyright cases around performance acts are often far from simple due to the nature of the work – contrary to for example a copied painting – and extensive legal argumentation was needed to make Edenred recognise Perschke’s rights.

The copyright battles currently move from issues of image rights to performance rights, especially for street art projects. There are lessons to learn from the performing arts world. You can’t copyright a dancer but you can copyright a dance when preserved in fixed form. A red ball is not my art, but what I create with the RedBall Project performances around the world is.

With the growing enthusiasm for street art nowadays it is expected that there will be more cases like this in the near future, which will likely increase the awareness of artists’ rights, not only on the artists’ side, but also on the side of the ones using their work. As Kurt Perschke puts it:

I think companies are increasingly looking for event-based marketing which is really performance based. Artists need to learn how to protect their rights. The marketing world is constantly getting ideas from the arts and fashion, artists should be compensated for their ideas, but often they are not. Most artists don’t know how valuable creativity is. I hope there isn’t a next time, but if there is, I will follow it through to judgement, the legal precedent is important.


In 2014 the RedBall Project is scheduled to appear at least in Galway, Ireland and Rennes, France, with possible appearances also planned for Canada, Scandinavia and the United States. For more information about the project and the cities where it will appear next, please visit the website or follow on Facebook or Twitter @redballproject.

We’d love to have your continuous support. To see more of our stories and be on top of cultural activities from around the world of art and travel, please follow us on Facebook or subscribe to our newsletter.