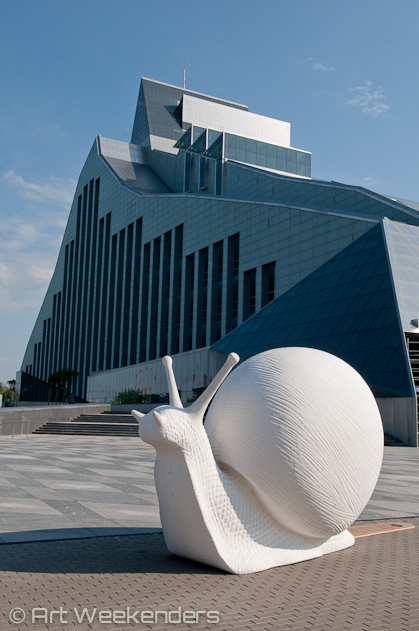 During the month of May, 2014, Riga’s citizens and visitors were surprised by some huge colourful snails crawling the city’s streets, making their progress surely but slowly, every day appearing a bit further from their previous location.

Snail in front of the new national library – Riga, Latvia.

The interaction between the 14 snails in total and its audience – basically everyone passing by – was enormous, people enthusiastically posed with the snails while standing next to them, climbing upon them, hugging or pushing them to go faster.

The Snails in Riga Urging the Contemporary Art Scene

The snails in Riga were not only there for entertainment alone though, they also brought along a message: 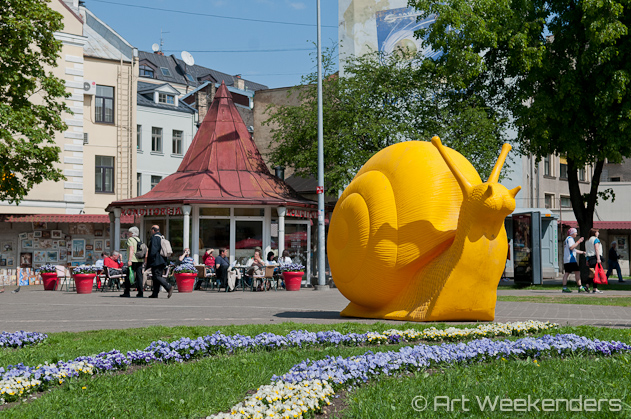 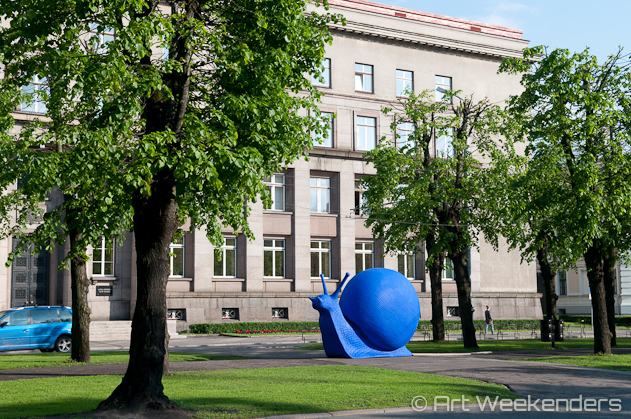 Snail crawling to the art nouveau district in Riga, Latvia

Mākslai Vajag Telpu (translated as ‘Art needs space’), the organisation behind project ‘Snails’, launched the public art initiative with the goal to erect a contemporary art museum in the Latvian capital. Somewhat surprisingly, the city still has to do without a contemporary art institute, although plans are in the pipeline for some years, as Anda Boluza of the Latvian Centre for Contemporary Art told us. Hence, the reason for picking the snails as a symbol and the request to the public to help pushing the snails forward. 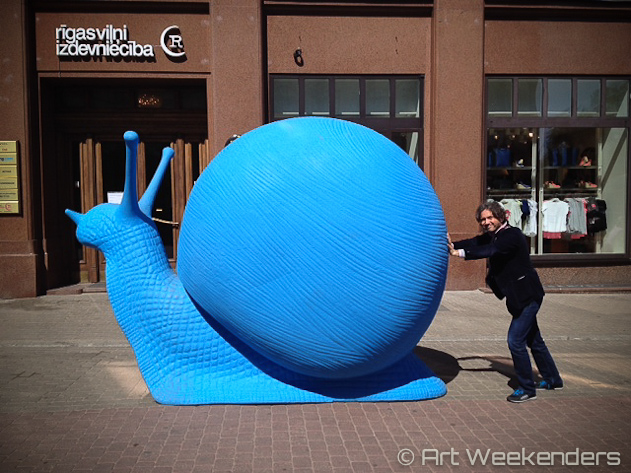 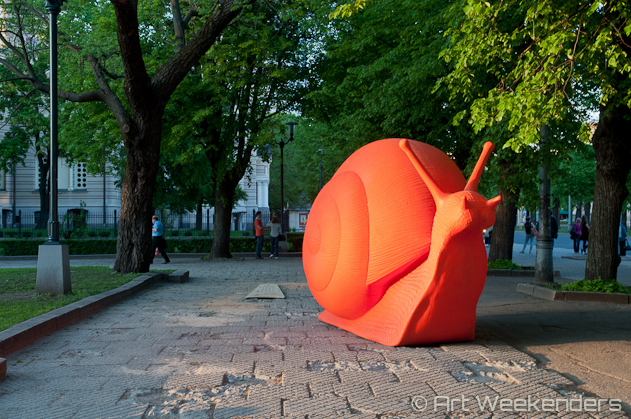 Snail close to the Orthodox church in Riga, Latvia

The museum’s intended core functions for the future will be, among others, the promotion of Latvian art and the development of art education for both a national and international audience, and will have an important central role in integrating culture in Riga. 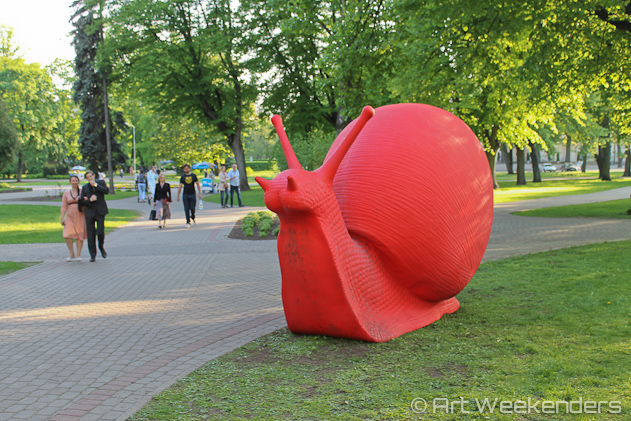 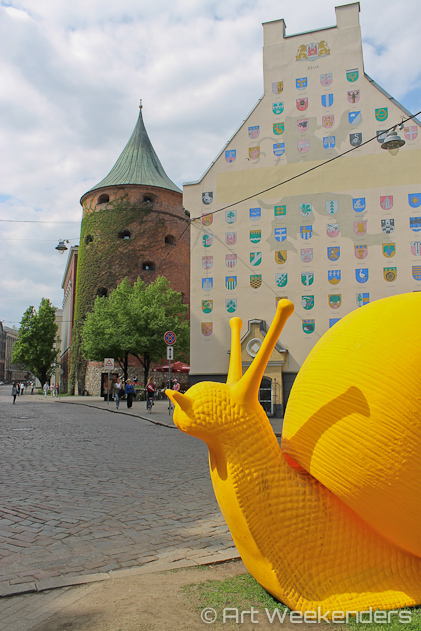 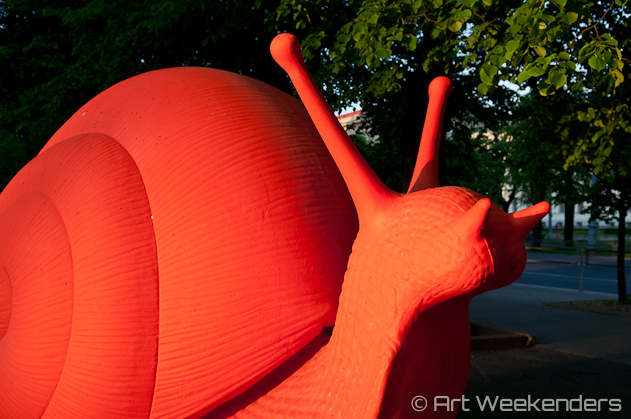 Although we found many interesting art initiatives throughout the city (think of for example Riga Art Space, Arsenals Exhibitions Hall, Riga Bourse Art Museum and Kim), it is indeed a shame that Riga – a city with roughly speaking one million inhabitants and above all Latvia’s capital – lacks a museum that covers all different streams of modern and contemporary art. There seems to be, and have been, many talented domestic artists around, which alone could motivate the foundation of a new contemporary art centre. Reasons for not establishing a museum like this before are understandably many (think of limitations of artists under previous regimes and lack of funds), but it seems like Riga is now – with the help of Riga 2014 European Capital of Culture – getting ready for a welcomed change, assisted by some slowly urging snails. 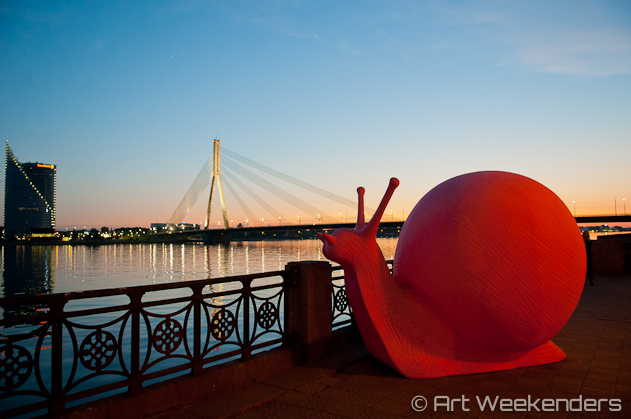 Snail along the Daugava by night – Riga, Latvia 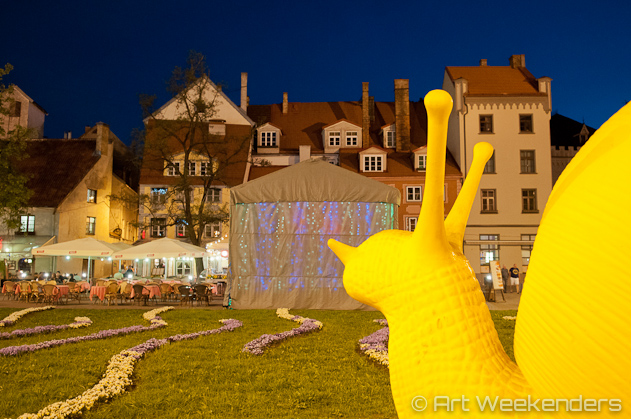 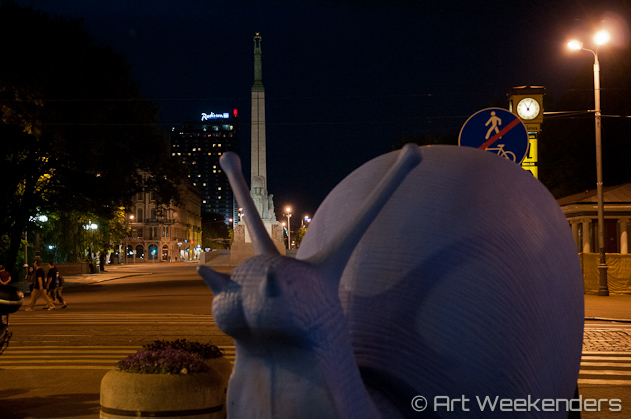 Read more about Riga in our previous published articles:

First Impressions from a Visit to Riga

Riga Photo Month: Photography from the Baltics and the Nordics