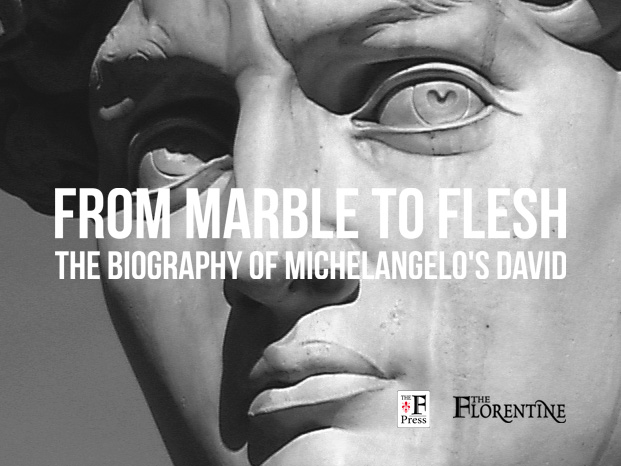 Who Was David? The Florentine Press reveals

A new book is due to be published by The Florentine Press in May about Michelangelo’s David and unusually for a classic art project it will be made possible via a Kickstarter crowd-funding campaign. This famous statue is known to the entire world – and still we know surprisingly little about it. Which made me think.

Some good twenty years ago I took my first big step in my independent grown-up life and moved to Florence to study Italian. Since the choice fell on Florence, it was unavoidable that art would be a part of the curriculum and a big part of the experience. Florence is, after all, the cradle of art as we know it; without the Renaissance it would’ve been unlikely for the rest of the European art and cultural development to happen. Until then my exposure to the arts was quite limited, it’s not exactly common to have world class museums in remote Swedish fisherman’s villages, so what I knew until then came mainly from books and television and sporadic museum visits when we happened to go to “the big city”. 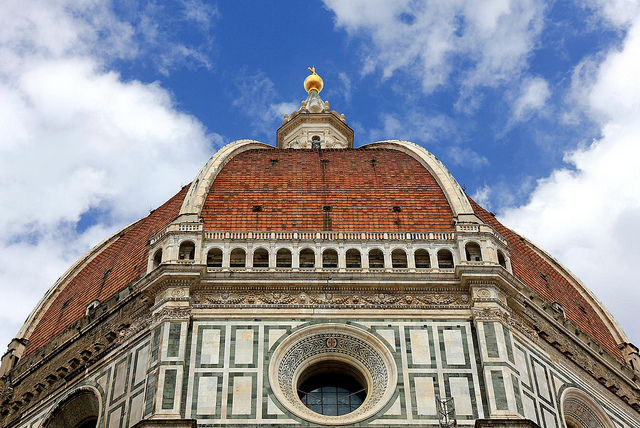 Thus, landing in Florence was a delight to my young system. I jumped eagerly on the Renaissance band wagon for a ride back in time: strolling the streets and alleys, constantly being in awe for Brunelleschi’s cupola del Duomo (still one of the most beautiful views in the world for my eyes), staring at frescos of saints in the many churches of the city, going to the Uffizi and other great museums with our Italian teachers who told us stories that we half-understood. Both because of the language barrier and because of the lack of insight into the topics, but somehow still learned quite a bit and most importantly it created the interest I slowly-slowly developed for the arts and art history.

Several times each week the walk took me and friends to Piazza della Signoria, Florence’s political and civic heart. At each occasion I went it was part of the deal saying hello to this guy standing in front of the Palazzo Vecchio, and at each and every occasion he kept on staring proudly above everyone else’s head, totally satisfied with his existence shaped in aesthetic perfection. So yes, meet Michelangelo‘s David. He was always there and it always felt like I got to know him during those Florentine months. At the occasions when I returned to the city, it was always like hanging out with an old mate. True, the one standing on the Piazza della Signoria these days is a replica, while the original is inside the Galleria dell’Accademia, but it’s not changing much of the impression it makes.

But the truth is, now I realise that I barely know the guy. When our friend from the ArtSmart group, Alexandra Korey drew my attention to this book project about the statue she’s involved with, it felt like something was missing in my head when i looked at the questions posed. Who is this David after all? Why is he so famous? 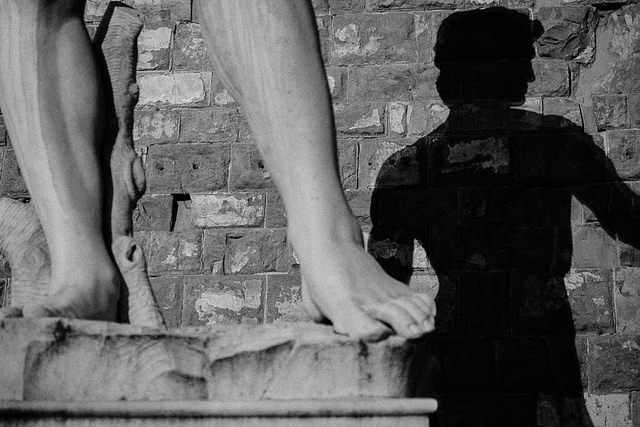 The answer is coming with this book. When you start studying what the book will be about, you soon realise that around this 5.17 metres tall statue cut in the finest marble, there’s enough for a centuries-long drama, with intrigues, scandals, conflicts, symbolism and the involvement of a great quest in search of perfection. The narrator of the book is the art history professor Victor Coonin from Rhodes College in Memphis, Tennessee, whose aim is set on bringing the full story to the general public and not just for art experts, in a biography that seems to have all the potential to become a page-turner. In our opinion it’s projects like this that have a big merit for everyone, at the end art needs to tell a story – which they often do – but without great storytellers the experience is only half as good. That’s why for instance taking guided tours in museums have that much more added value to it than staring at a painting, or statue, on your own. Art needs to be made approachable and this philosophy is clearly shared by this project. 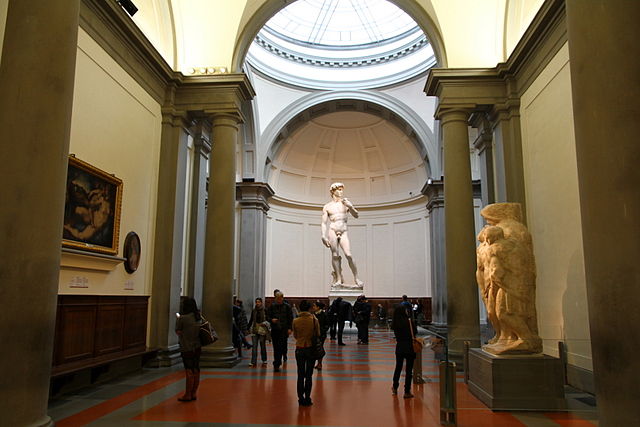 David by Michelangelo in The Gallery of the Accademia (photo Clayton Tang, Wikimedia Commons)

The publisher of the book – entitled ‘From Marble to Flesh: the Biography of Michelangelo’s David‘ – is The Florentine Press, a publishing group based in the Tuscan capital. One of the main goals of The Florentine Group‘s is the promotion of the Made in Italy brand, ensuring that local traditions survive. For this book the eco-friendly paper used is specially chosen and produced in Italy and all books will be printed in Florence, making the geographic link so much more appreciated. David is a great symbol of the Tuscan capital’s and it’s only logical to see the book’s birth here.

Likely as one of the first art history projects ever, the Florentine Press turns to the American crowd-funding platform, Kickstarter. A great move we’d say, we like Kickstarter in general, and bringing the modern pop-culture focused world together with the classic arts is a great initiative. The benefit of a project of this kind is the idea of being rewarded personally for helping the project (see the prizes on the campaign page) and at the same time the project can easier adapt to challenging market realities. Check it out, we think it’s going to be a great success – now with twenty days to go, the funding is well on its way and maybe exactly you can be part of making it reach its goal as one of the contributors.

Who was David? The Florentine Press will publish the book  ‘From Marble to Flesh: the Biography of Michelangelo’s David‘ in May 2014. The 200 pages with 100 colour illustrations is expected to be on the market for 25 Euros once it’s published and initially will be printed in 1000 copies.

Maybe one of them can be yours.

The presentation of David by The Florentine Press on Kickstarter can be seen here or you can jump straight to the campaign here and be part of it.