A Chat with Sebastiaan van Kuijk 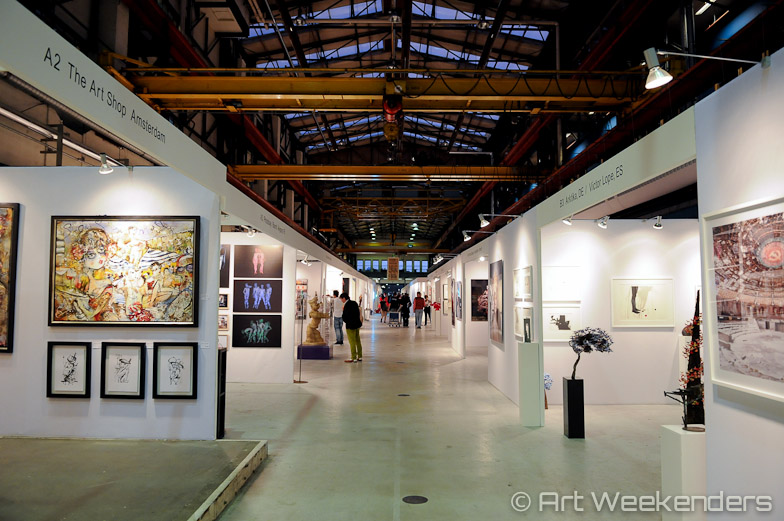 If you’ve never been to an Affordable Art Fair (AAF), it’s seemingly effortless to create a quick picture in your head about what this concept is about, or at least what you think it’s supposed to be like. Just hearing the words the picture is easily visualised in front of you and – at least for me – reality isn’t at all far off from the imagination. If anything, you might only get positively surprised.

[Tweet “”Affordable Art Fair is a worldwide concept but with a pretty local flair.””]

By thinking affordable it might be easy to unconsciously lower your expectations a bit. But don’t make the mistake of mixing up affordable with cheap: the quality at AAF is high, the difference is that you don’t have to be a millionaire to buy something unique and beautiful. 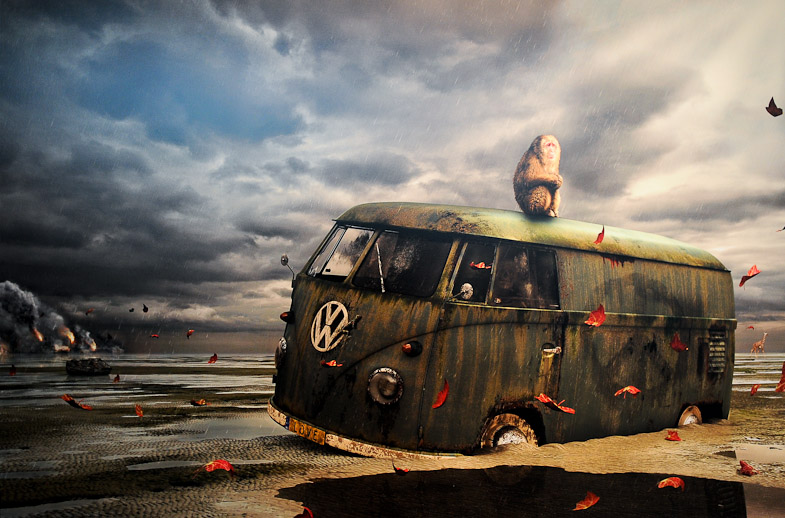 While walking through the stands in Amsterdam Noord’s Kromhouthal – the new location the Affordable Art Fair Amsterdam (AAFAMS) moved to for this year’s edition of the fair – the word that kept popping up in my head was another A-word instead: approachable. The atmosphere is relaxed, even for an opening night when the premiere nerves should all be outside the shirts. Yes, you can feel the urgency for getting all the final details ironed out, but the vibe remains friendly and casual. People are chatting away and when the first guests arrive the vibe gets more festive. Yes, approachable it is indeed.

Our interview with Sebastiaan van Kuijk, the Fair Director, is an hour or so into the opening night and the relaxed aura of the fair is immediately confirmed also through our conversation. Within seconds the chat is warmed up and it feels like we’ve known him for a long time. 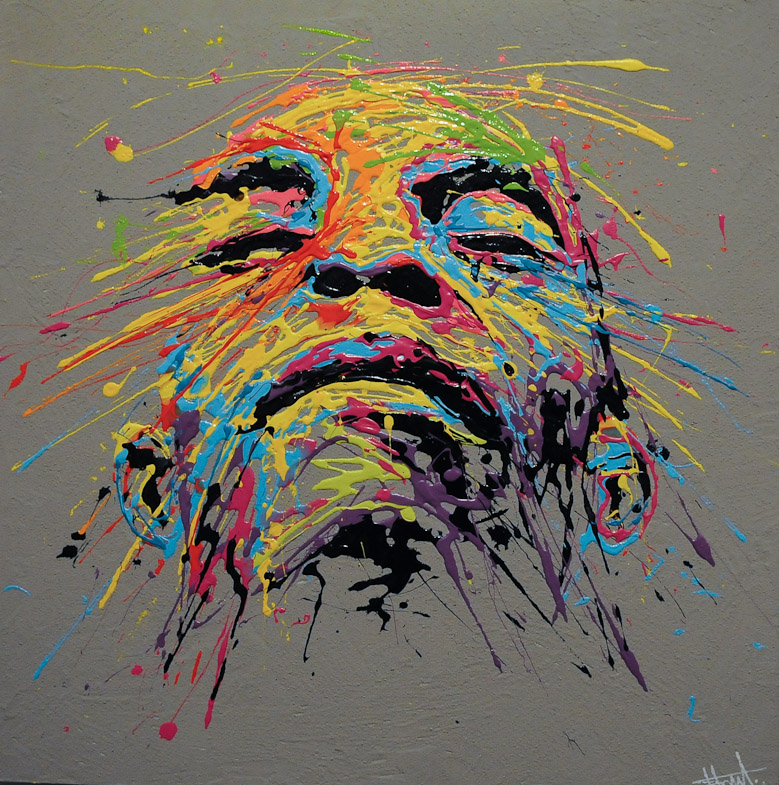 The initial focus of the night was around the logistics. A new location means new challenges, be it the parking or the atmosphere of the space, a rehearsal is always different from the real performance. Our initial discussion naturally kicked off with some reflections over the move.

After seven years at the Westergasfabriek it was time for a change, says Sebastiaan.  The AAFAMS basically grew out of its old location, where the fair was split into several locations with big tents and two stories of cafés; there was simply a need for a more consolidated location. Also, reaching the old site by car was more challenging. Amsterdam Noord (‘North’ in English), where the fair is situated now, is currently going through a real and strategic upswing and was, therefore, a choice that felt quite natural.

We wouldn’t have moved to Amsterdam Noord five years ago, but now the feeling was good, it’s more than an upcoming area, Eye [the film museum] is also there now, and it’s nice to have different cultural institutions in one place.


There are some seventy galleries exhibiting at this year’s fair and it’s fair to say that with the current economic climate it is difficult to expect more. The economic crisis clearly hits hard on the galleries, there’s no denying of it. Yet, despite the crisis AAF has remained fairly steady, only dropping a few exhibitors compared to last year. 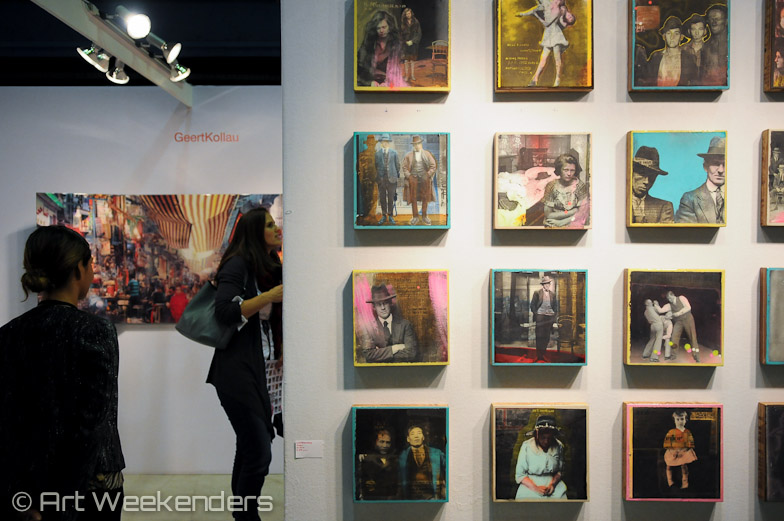 Next year there will also be a new AAF fair in The Netherlands, namely in Maastricht (April 3-6th), so despite the crisis the expansion of the fair carries on. Another sign that the affordable art concept maintains its attractiveness.

“It’s a tough market, we’re not going to lie about it”, says the AAFAMS director.

It’s tough for the galleries right now and we did notice that galleries took longer to decide and that some took smaller stands.

With the move the stand prices got lowered and the expectation was that this change would’ve  attracted more exhibitors. Somewhat surprisingly, what happened instead was that many took bigger stands. Still, the fact remains, that it’s a considerable investment for the galleries, involving not only the price of the stand but also travel expenses and, of course, the risk it carries if it’s going to pay off or not.

’Affordabolism’ is probably the only positive thing that we can see coming out of this crisis”, says the director. “Having the price ceiling is definitely helping in attracting people to the fairs. €5,000 is still a lot of money, but people know that no price will ever be higher than so.

But it’s not only about the price tag, equally important is creating the right atmosphere, making it interesting for the visitors with for instance workshops. There’s also place for kids: parents, like Sebastiaan himself, are more than welcome to bring their little ones to the fair and the next generation of art lovers just love it. 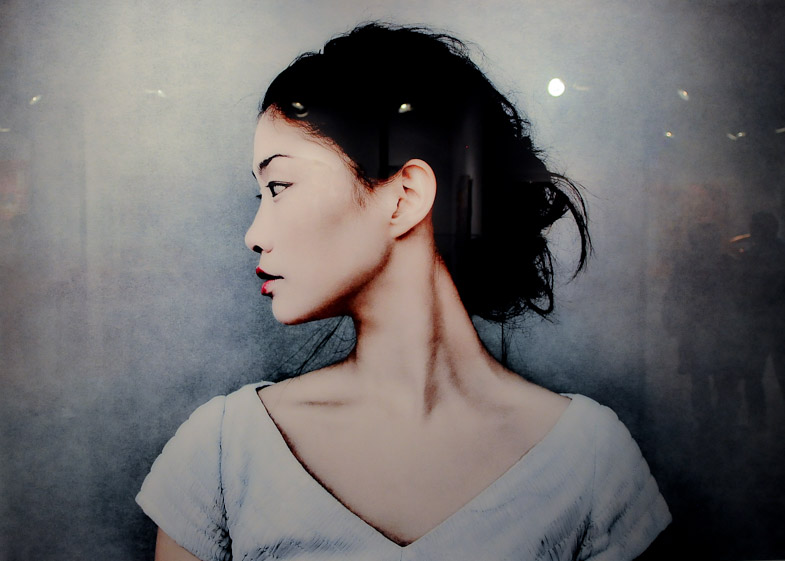 Despite the financial climate, art fairs remain popular, even while it’s noticeable worldwide that it’s harder to get people to the galleries. AAF is trying to attract a new kind of crowd, constantly being on the lookout for new faces. A goal of the fair is not only the selling, but also to make people fall in love with art. An interesting comment that Sebastiaan made was his view on the competition, basically saying that it only makes him happy if other fairs are doing well; it simply means that more people get interested and at the end, it’s beneficial for the Affordable Art Fair too. A refreshing thought.

To be able to attract people to the fairs, the high quality has to be guaranteed, of course. This is done with the help of an advisory committee for the galleries. AAF is not taking part in the selection of the actual artworks though, that’s up to the galleries. 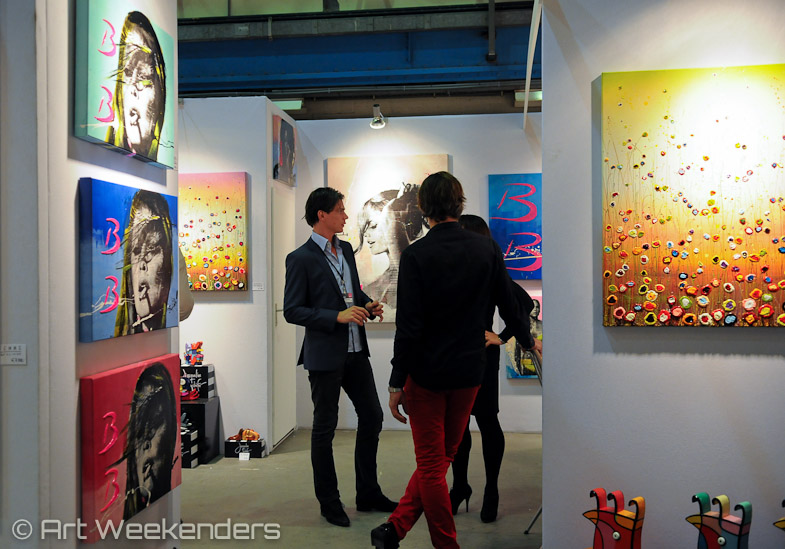 Towards the end, our discussion drifted into the worldwide success of the Affordable Art Fair. AAF is the world’s largest art fair organisation, currently being organised in some 18 cities. The fair is surely a worldwide phenomenon, but tailor-made for each city, as Sebastiaan expressed it:

It’s a worldwide concept but with a pretty local flair.

In London– where it all started – the fairs seem to be a bit more traditional, and the same goes for New York. In Stockholm on the other hand the fairs are very designy and very typography focused. “Blue skies” work well in Amsterdam, which might be related to the crappy weather, we agreed jokingly. There’s also a difference between the visiting crowd in the different cities. For instance the Belgian art fair visitors seem to be more educated in art than their Dutch counterparts, quite interesting to reflect over why that’s so.

The organisers from the different cities come together every year, and the group is “a fun bunch” as we understand from Sebastiaan. Everybody’s working towards the same goals, and Will Ramsay, the founder, is also very much connected to the fairs and very approachable. Even here at AAF Amsterdam he was with ease mingling with guests and exhibitors, freely chatting away. That feeling is also important to the galleries and contributes to the success. “It’s also important to have fun”. 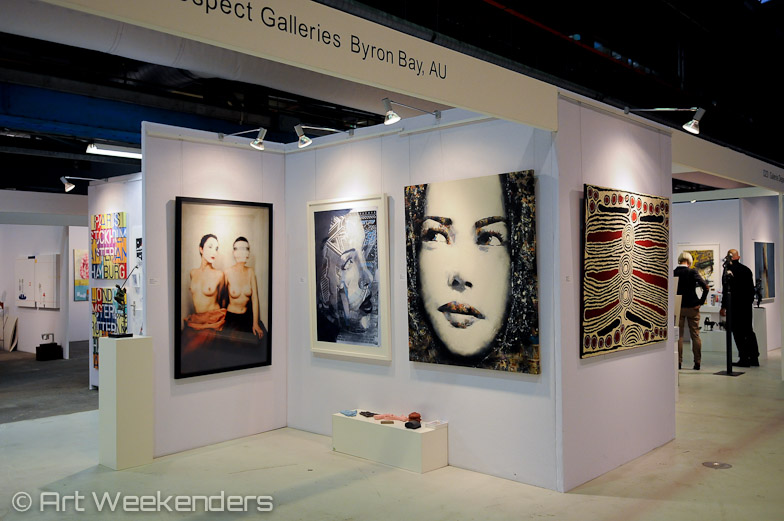 Towards the end of our talk, we tried to get confirmation for our assumption that AAF revolutionised the art industry. Sebastiaan is more of the opinion though that the industry is going through massive changes in general. The players always look at each other, it’s a small world and everybody’s trying to improve.

Also the impact of the digital world has changed the rules of the game. Whereas more and more galleries have their online shop, people still feel the need to see and touch the art in real life before buying. But when the fair is gone after its five days, or in summertime when there are no fairs, having the possibility to present it all for everyone at the reach of a fingertip is a huge game-changing moment. Maybe in five years from now everyone will sit behind the screens and choose what they like to buy? Or more likely the digital world is going to be a more active part in the decision-making process, a necessary complement, while the physical aspect of seeing works in real life stays very important. It remains to be seen.

The final minutes of our chat we left the contemporary art world shortly behind us and jumped into the world of antique fairs. This segment of the art market is until today still working according to traditionally established standards and the crowd involved is very different (another way of saying older, basically). Being young there will surely stick out, but we agreed that there’s a need for a younger crowd discovering that wonderful quirky world. Who knows, maybe an Affordable Antique Fair is the next big thing?

But for now we just enjoy to the art.

The Affordable Art Fair Amsterdam 2013 opened on Thursday October 31st, 2013, for the general public in its new location of Kromhouthal in Amsterdam Noord. Admission at the door is €13 (advance purchase online for €11). It’s on until Sunday the 3rd of November. Make sure you don’t miss it.

Also, here and here are some other posts about the Affordable Art Fair if you are interested to learn about other aspects of the show.

Just like in 2013, the 2014 edition of the Affordable Art Fair Amsterdam is held at the Kromhouthal in Amsterdam Noord. The doors to the general public open on Thursday night October 30th and the admission fee at the door is just like last year €13.